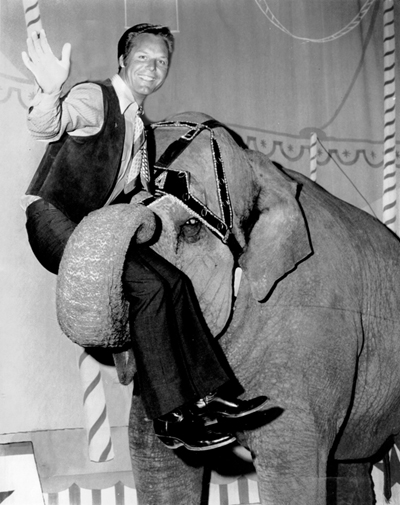 In the 1960′s Buck Owens and the Buckaroos (Don Rich, Doyle Holly, Tom Brumley, Willie Cantu) were hitting their stride as the best country band, and probably the best band period, in the USA.

Doyle played bass, sang his solo numbers, harmonized and generally entertained the crowds of fans who came to see Buck Owens and his Buckaroos, many were Doyle Holly’s own special fans & friends! His "Ugly Finder" and "Vanish" jokes were classics - and everybody remembers his "Streets of Laredo"!

The Buck Owens Show performed just about everywhere in the US and Canada, as well as Europe, including Carnegie Hall in New York City, Las Vegas & Reno, the White House during President Johnson's administration, and the London Palladium in England. They opened the world to country music. They made countless TV appearances including being regulars on the Hee Haw Show.

Doyle recorded his own singles during this time, among them were "Cinderella", "Woman Truck Drivin' Fool", "Gatherin' Dust" and "I'll Be Alright Tomorrow". He was featured on the Buckaroo and Buck Owens' albums, and the syndicated Buck Owens Ranch Show.

In 1970 Doyle received the Bass Player of the Year award from the Academy of Country and Western Music.

Doyle left the Buckaroos in 1971 to go out on his own, something he had always wanted to do. He moved to Nashville, forming his own band, called the “Vanishing Breed”. Later he changed to the Doyle Holly Show. Doyle had several hit singles - his biggest being the "Queen of the Silver Dollar”, “My Heart Cries for You” and "Lila", plus a giant jukebox hit called "Richard & the Cadillac Kings" for which he received an ASCAP award. Other chart busters "Lies" and "Too Much Of Me" added to Doyle's continued recording success. His two albums - "Doyle Holly" and "Just Another Cowboy Song" were top twenty.

Entertainer Andy Williams wrote the liner notes for the first album stating that Doyle "Exemplified the greatest of Country Music Through the honesty of the interpretation and selection of material. Referred to Doyle as an “Exceptional Artist".

During the 70's and early 80's the "Doyle Holly Show" played many clubs throughout the United States and Canada. The "Doyle Holly Show" also had been an opening act for such artists as Conway Twitty, The Whites, John Schneider, Stella Parton, Gene Watson, Randy Travis.

As a solo artist, Doyle made numerous appearances on the Grand Ole Opry and the Opry Gospel Show! Television shows to his credit include Music Country USA, Hee Haw and Nashville Now with host Ralph Emery.

Doyle's wonderful Fan Club, the Presidents, Evelyn and Jeanne Stuhr, and All the members made it possible for Doyle to be honored with a Block in the Walkway of Stars at the Country Music Hall of Fame in Nashville. The dedication ceremony took place during the 1980 Fan Fair.

In the late '80's Doyle dropped the band and made solo appearances including a month long tour in the Scandinavian countries. Also during this time he opened Doyle Holly Music Store selling musical equipment. The store also became a favorite place for musicians to come and hang out sharing memories.

During the Music Store time, Gordon Terry decided to start a social group for musicians/entertainers to gather. Doyle was one of the very first to come on board and was for many years on the Board of Directors for R.O.P.E. (Reunion of Professional Entertainers).

In August of '99 an historical event occurred in Country Music, Buck Owens brought together his original Buckaroo Band to help him celebrate his 70th Birthday. They picked and grinned at Buck's Crystal Palace in Bakersfield. They sounded great - just like old times - with the exception that the late Don Rich was missed, all had a wonderful reunion.

In 2003 Doyle had decided to go back into the studio to cut a CD. The CD was to be a reflection of Doyle’s love for the music of Buck Owens, and with the help of Buck and the other members of the legendary group, Tom Brumley and Willie Cantu, it became a moment in history. Doyle Holly’s “Together Again” is a “celebration” of some of the grandest music ever made in country music with a Bluegrass twist.

Just before Doyle died, he was honored once more by his peers. At the R.O.P.E. International Awards Banquet on November 7, 2006, Doyle was awarded Lifetime Achievements in Country Music Award.

Doyle was born in Perkins Oklahoma on June 30, 1936.  His Dad worked in the oil fields on the oil rigs.  The Family moved around a lot following the oil work.  Doyle had 4 brothers and 5 sisters.

Brothers Art and Bob influenced Doyle's musical interest by teaching him guitar and then having him join them on their shows.  Doyle made his first public appearance at the age of 13.  He even started out playing the "Washtub Bass" a couple of times.  They played for rodeos and special events throughout Texas, Oklahoma & Louisiana.

Doyle enlisted the United States Army and was stationed in Korea.  When he got out, he went to Bakersfield where some of the his family lived.  Doyle picked up some work in the oils fields around there.

However, his love of playing and singing grew, so Doyle took up the bass full time.  Sitting in at several clubs around the area let to his working for Jack Lord, Jimmy Wakely, Joe & Rose Maphis and Johnny Burnette.

All that brought Doyle to the attention of Don Rich who then told Buck Owens about Doyle.  Buck hired Doyle in August 1963.